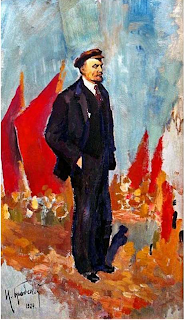 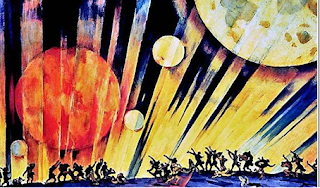 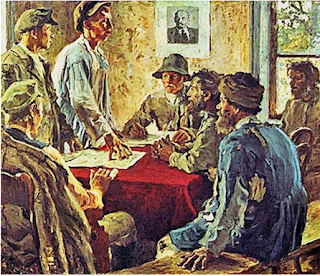 That the entire world is, or ought to be, a global village, that all human beings are to be united as one big family, share their woe and weal together and work towards the universal welfare and development of the entire human collectivity in consonance with the interests and needs of the biosphere in a spirit of liberty, equality, fraternity, mutual love and cooperation is really a sublime ideal to which no right thinking person can have any objection. We have been repeatedly referring to our ancient Indian ideal of ‘Vasudhaiva Kutumbakam’ in our columns which buttresses this noble principle. However, the current spree of globalization so fondly advertised by big media all over the world and with gusto sought to be promoted by the superpower and other developed countries of the West is nothing but the good old capitalism in a new avatar, so to say. Marx long ago spoke of “the need of a constantly expanding market” chasing “the bourgeoisie over the whole surface of the globe” so that “it must nestle everywhere, settle everywhere, establish connections everywhere.” He also spoke of “… intercourse in every direction and universal inter-dependence of nations” arising in the course of such capitalist enterprise. However, he also noted the inhuman exploitative side of the phenomenon and issued the clarion call of ‘workers of all countries unite’ against the oppressive and rapacious free market globalization. That was the true spirit of proletarain internationalism which found its echo and partial realization in the Great October Socialist Revolution. It is true that Revolution ultimately got subverted and its gains and constructions have largely collapsed due to the perverse equation of state monopoly and authoritarian structures with the high ideals of socialization of ownership of means of production and true social democracy, and the wrong counterposing of ‘freedom’ against ‘bread’ that undermined both. But that did not completely negate the impact of and dire need for humanistic socialism which has more srikingly come to the fore ever since the recent global financial meltdown and economic recession. The gulf between the haves and have-nots has rapidly widened and a big part of humanity is set to undergo a tortuous crisis of poverty, hunger and disease even in, or more so in, this period of free market globalization. The only way out is for us to concertedly fight against this sort of globalization with the zeal of true internationalism for a new, humane sort of Socialism 

of instruction must be there for all school children in the primary classes at least up to 8th class. All private schools which do not teach in the mother tongue/official State language medium must forthwith be proscribed and instead the government schools should be increased and improved by handsome budgetary allocations. The official language of a State must be the 2nd language for all children whose mother tongue is not that language and English should take the third place, that too only after 5th class. Unless our children are taught and brought up with national/ethnic self-respect and cultural consonance, we can never progress to respectable levels in the comity of nations. Macaulay’s men, wherever they exist, should be shunned first, shunted out later. Never should school kids be punished with placards hanged on their necks declaring they would never speak in their mother tongue, etc. Rather we must keep in mind the Jomtein World Declaration on Education for All 1990, unequivocally stating: “Literacy in the mother-tongue strengthens cultural identity and heritage,” and the later Dakar Framework of Action 2000 declaring that structured programmes “should be provided in the child’s mother tongue and help to identify and enrich the care and education of children …”; that UNESCO long ago declared that “it is axiomatic that the best medium for teaching a child is his mother tongue” and that the eminent educationist, philosopher Sarvepalli Radhakrishnan “recommended and the Government of India agreed that the medium of instruction in the primary stages must be the mother tongue.” Nor can we forget Gandhiji’s blast that “Among the many evils of foreign rule, this blighting imposition of a foreign medium upon the youth of the country will be counted by history as one of the greatest. It has sapped the energy of the nation, it has estranged them for the masses, it has made education unnecessarily expensive. If this process is still persisted in, it bids fair to rob the nation of its soul. The sooner therefore educated India shakes itself free from the hypnotic spell of the foreign medium, the better it would be for them and the people.” 

have struck the people of South India in this first fortnight of October. Unprecedented floods in the Krishna river, said to be the rarest in 10,000 years, have hit the barrages and dams on its way and inundated hundreds of villages and several towns in Rayalaseema and Andhra delta areas and in Mahaboobnagar district. The former capital city of Andhra State - Kurnool, was almost totally submerged in flood waters, in some areas up to 30 feet deep, and the plight of panic-stricken residents in the worst period for 3-4 days was beyond description. Srisailam Dam received the maximum inflow of more than 26 lakhs cusecs in its history but fortunately survived the battering due to its secure design and sturdy construction – having been started and completed in the less-corrupt decades (1960-70’s). The upper riparian regions in Karnataka were worse hit in a sense and more human loss is reported in that State. It is a worst natural calamity, fit to be declared a national disaster, but human errors are also alleged to have intensely aggravated if not basically caused it. The relief operations of many voluntary organizations including TV channels have been and are continuing as a great succour to the innumerable victims but state aid seems to be tardy, callous and inefficient as usual. This calls for a radical re-look at all flood prevention and control schemes of the governments as also the entire Jalayagnam projects initiated by the recently deceased chief minister in our State. The newer constructions seem to have more easily fallen apart in the flood havoc while the older stood strong and secure. Added to this natural calamity that could also be man-made to certain extent, another calamity struck the State in the loss of a dedicated, zealous activist of human rights, creating a void which would be very hard, if not impossible, to be filled up for many years to come. People cutting across political persuasions have sincerely mourned the untimely demise of Balagopal, who, if alive, would have certainly plunged into relief and restructuring operations for the flood victims also. We also join them and vow to work for his ideals. 