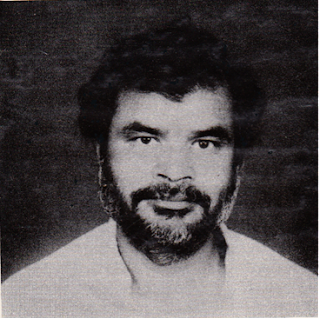 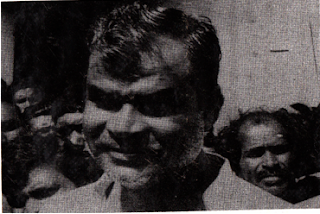 SAVE AND EDUCATE THE GIRL CHILD!

This is our loud message in marking of the International Day of the Girl Child on 11 October [2012], which all humanity lovers have to unreservedly act on. It is unfortunate and tragic that, just two days before this Day, some fanatic fundamentalists in unseemly rage selectively called out and critically shot Malala Yusufzai [‘Malala’ means ‘grief-stricken’ in Pashto] just a 14 years kid, but already world renowned child education campaigner of the beautiful but now terrific Swat Valley of Pakistan, only for the ‘crime’ of propagating the value and need of education to all girl children and daring to do that in the teeth of Taliban threats. She is now struggling for life with 50% chances of survival in a Hospital and we ardently wish her speedy recovery and fruitful long life. Not only in Pakistan, become a rogue state drawn into the vortex of terrorism and anarchy, but even in our own ‘largest democracy of the world’ we can witness unashamed and most cruel atrocities on the girl child and Talibanism, whether Muslim/Hindu, religious/regional, can in no way be condoned but has to be combated militantly for the very survival of humanity. It is really lamentable that “the hand that rocks the cradle, the procreator, the mother of tomorrow; a woman shapes the destiny of civilization. Such is the tragic irony of fate, that a beautiful creation such as the girl child is today one of the gravest concerns facing humanity” (http://www.savegirlchild.org/). It is irrefutable truth that only the mother in general spends and cares for the children for most of the time in any family and if girls are not protected, educated and brought up in decent circumstances how can the family progress to any prosperity. There cannot be any second thought on female education which in our country has never been in desideratum since ages. We find woman philosophers like a Gargi, a Maitreyi in ancient times and mathematics wizards like Leelavati and then our own Telugu poetess Molla who wrote Ramayana in exquisite style in the medieval times. It cannot be gainsaid that where the women are not educated and independent there the society treads but in deep darkness and encounters only pitfalls but no ascendancy to any success. We wish that every person with any element of humanity propagate this stark truth and work for the welfare and education of the girl child in all earnest.     §§§
Posted by I.M.Sharma at 11:08 PM No comments: 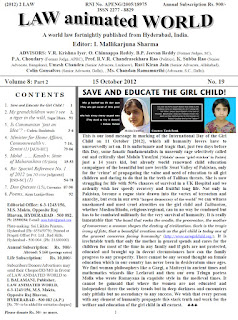 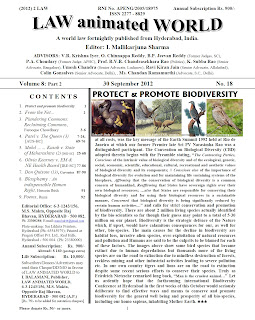 at all costs, was the key message of the Earth 1992 held at at which our former Premier late Sri PV Narasimha Rao was a distinguished participant. The Convention on Biological Diversity (CBD) adopted therein begins with the Preamble stating, “The Contracting Parties, Conscious of the intrinsic value of biological diversity and of the ecological, genetic, social, economic, scientific, educational, cultural, recreational and aesthetic values of biological diversity and its components; // Conscious also of the importance of biological diversity for evolution and for maintaining life sustaining systems of the biosphere, Affirming that the conservation of biological diversity is a common concern of humankind, Reaffirming that States have sovereign rights over their own biological resources; …also that States are responsible for conserving their biological diversity and for using their biological resources in a sustainable manner, Concerned that biological diversity is being significantly reduced by certain human activities…” and calls for strict conservation and promotion of biodiversity. There are about 2 million living species actually identified by the bio-scientists so far though their guess may point to a total of 5-30 million on our planet. Biodiversity is the strategic defence of the Nature which, if upset, would have calamitous consequences for our, as well for other, bio-species. The main causes for the decline in biodiversity are habitat loss, invasive alien species, over-exploitation of natural resources and pollution and Humans are said to be the culprits to be blamed for each of these factors. The images above show some bird species that became extinct due to human depredations but thousands more of the living species are on the road to extinction due to mindless destruction of forests, reckless mining and other industrial activities leading to severe pollution etc. In our own country tigers and lions are on the road to extinction despite some recent serious efforts to conserve their species. Truly as Friedrich Nietzsche remarked long back, “Man is the cruelest animal…”  Let us ardently hope that the forthcoming international Biodiversity Conference at in the first weeks of this October would seriously deliberate to find effective ways and means to conserve and promote biodiversity for the general well being and prosperity of all bio-species, including our homo sapiens, inhabiting Mother Earth. §§§
Posted by I.M.Sharma at 10:14 PM No comments: