but divided we fall – this axiom of age-old distilled wisdom not only applies to all diverse nationalities and communities inhabiting a country, in our case India, but also to the Telugus of different regions inhabiting our united State. The people of Telangana especially, who fought a glorious struggle for the overthrow of a feudal autocratic monarchy and for the unity of the Telugu motherland, must learn from their own history that there is absolutely no need for brothers to separate, that Telangana stands in the relation of an elder brother, and an elder brother normally never desires, and is invariably never expected, to partition the family but rather advises and persuades any recalcitrant younger brothers to maintain family unity and honor. The present agitation of lawyers of different regions of Seemandhra for separate benches of the High Court, apart from its merits, shows that it is only Telangana which is the real cementing factor for unity. One should not forget that Telangana means the entire Telugu land, and should not be limited to just 10 districts of the present united state. But for the historical accident of a large chunk of Nizam’s dominions given up by the Nawab and gulped by the British, the present coastal and Rayalaseema districts would have been a part of Telangana all along and so there is no need to treat the dark interregnum of about 200 years feudal oppression and Nizam’s autocracy as lending any viable separate identity to the people of the ten districts. Above all, it would be a matter of utmost stupidity for a people to forego their access to the second longest coastline in and the vast natural gas reserves and withdraw into a cocoon, when landlocked states anywhere in the world are sorely craving for such access. For these among many other reasons, on the eve of the glorious day of emergence of the united Telugu state, this editor once again gives a call for unity and amity between different regions and appeals to all separatists to shun their misguided path and heartily work together for the prosperity and welfare of the entire State §§§
Posted by I.M.Sharma at 6:44 PM No comments:

SETTLE WITH OUR NEIGHBORS 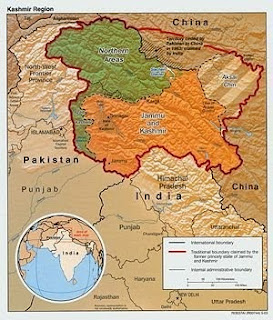 and strive for peace in , consequently in the entire world – that is the sincere advice we offer to the rulers as well as the ruled in our country. It is a sad fact that only in has so many unresolved border disputes with its neighbors. We are happy with none and none of them is happy with us. Even , for which we did so much sacrifice, is cross with us and is deliberately aiding anti-Indian tirades and fugitives. Now there is a talk about the US-Pakistan-China axis encircling , despite our overreaching efforts to appease the Americans and the obvious American apprehensions about the Chinese overtaking. A couple of years ago we used to hear about a salutary Russia-China-India axis as a bulwark against the American schemes to dominate the world. Now things are fast changing. At one time it was Hindi-Chini Bhai Bhai with the third world finding a beacon of hope in these two great neighbors but the 1962 faux pas by Nehru and the gruff rebuff meted out by China changed all that. And none of our neighbors barked for us in those trying times. Fortunately efforts to mend fences with started again since Rajiv Gandhi’s times but now seem to have again struck an impasse. Our neighbors, and , not to speak of now chums with , have come to mutually satisfactory border settlements with in a friendly ‘give and take’ spirit. That is what we too need to display towards with which we have no rancorous legacy of hostility (save for the lone 1962 conflict) instead of our rulers and bureaucrats longing to step into the shoddy and slippery shoes of our erstwhile British masters. The same holds good for our relations with too. The Ravanasura Kaashtha of needs a final quenching. After all, it is a continuance of the 1947 partition tragedy, with already a ground-level division of possession that satisfies nobody. We better remember our own promises to the UN in this regard and try to finally settle the dispute under the UN auspices or bilaterally with a ‘give and take’ spirit, duly catering to the sentiments and needs of both the Kashmiri Muslims and the expelled Kashmiri Hindus §§§
Posted by I.M.Sharma at 2:34 PM No comments:

This is what happens to Muslims in India

YouTube - MUSTV WATCH BABRI MASJID REAL HISTORY PLEASE BE PATIENT AND WATCH THE WHOLE VIDEO IF U R REAL INDIAN 1
Posted by I.M.Sharma at 12:45 AM No comments:

are the two most impressive and sensational socio-legal developments of most recent days which shook and are yet shaking the nation to its very core. The former especially is unprecedented - rarest of rare event in the annals of our judiciary with no less than eight among the last sixteen Chief Justices of India accused to be ‘definitely corrupt’ by a person of no less eminence than a former Union Law Minister and legal luminary Shanti Bhushan, who adds another two as cases of doubtful integrity. Going by his prima facie accusations, more than 60% of our highest judges seem to be corrupt and if so what could be the fate and state of lower judiciary in the country can be anybody’s guess. Truly, as Justice Krishna Iyer cautions, this issue needs be openly and quite seriously discussed, debated, assessed from several angles and remedied once for all lest the very stakes and honor of our country, already quite low, should fall to lowest possible depths among the international community. It is here that the need for establishment of a viable and effective national judicial commission becomes all the more pressing. And now to come to the latter, we may heave a sigh of relief that the much dreaded scenario of intense communal flare-up following the divided verdict did not come about and largely both communities remained peaceful perhaps because the judgments pointed to a sort of partition of the disputed site between the two communities though no sort of any historic justice was done to the good old Babri Mosque so shockingly smashed before our own eyes in 1992 December ensuing in widespread communal riots first and Islamic fundamentalist and later Hindu chauvinist terrorism next as its undesirable consequences. However, the justification and later validation of the stealthy placing of idols in the central hall of the Babri Masjid and on that reason allotting that part to Hindus may not be correct and not at all desirable since it amounts to condoning and validating criminal trespass, deliberate injury to the other community and wanton destruction of an existing place of worship. Of course, the way of appeal to the Supreme Court is still open and hope necessary correctives will be worked out there but we feel this delicate issue be, and indeed can only be, settled out-of-court on the basis of a historic friendly accord between the now-rival communities §§§
Posted by I.M.Sharma at 1:42 AM No comments:

APEX ORDEAL AND AYODHYA VERDICT
Posted by I.M.Sharma at 1:34 AM No comments:

FARCE OF OUR RESERVATIONS

system in its ugliest forms is coming to the open day by day. It was a colonial legacy sought to be shaped into a socio-economic uplift measure by our constitution makers but, regrettably, they learnt little from our history of subjugation that generated the national movement. It started with Minto’s machinations to drive a sharp wedge between Hindus and Muslims to consolidate the British Empire, and was extended to various communities from time to time to further the same object as also cater to various groups’ aspirations. The entire concept of scheduling certain castes and tribes was a British invention, dating from the Government of Act 1935, from which a large portion of our Constitution is copied, almost verbatim. Given the requisite will and zeal, this system could have been done away with immediately after independence, but unfortunately it was given some small space that now has spread to enormous proportions, endangering the very democratic setup. Of course, it did benefit certain downtrodden communities to some extent, but more than that it had exacerbated the animosities between communities and is ultimately leading to the destruction of the very ideal of classless social democratic society. First it was interpreted that this sort of positive discrimination for affirmative action would be limited to really needy sections, classes socially and educationally backward; later one step more taken in interpreting it to encompass a backward caste in its entirety and, lo, the hornet’s nest of caste-based reservations was raked up, resulting in awkward caste ‘wars’ upsetting the polity. The Mandal Commission first, and then Sachar and Ranganath Misra Commissions thereafter, extend this system to further irrationalities and the latter particularly pave the way for religion-based reservations which have already once spelt doom to our country. Above all this, now spring demands for region-based reservations/quotas which discriminate people by their very birth in this or that place, and there too not satisfied with one generation antiquity even. We can only rue with Jug Suraiya writing in the Times of India blog: “Reservations have become like the fabled genie … let out of the bottle, and continued to grow and grow. Who is going to put the genie back? That’s the question facing not just the Constitution Bench of the Supreme Court but all of us as well.” §§§