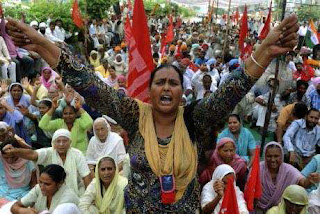 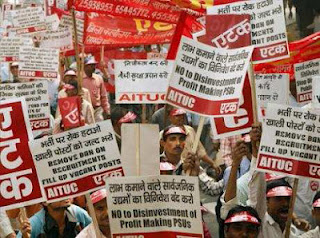 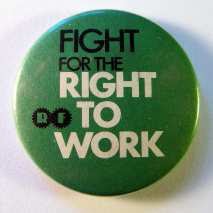 are getting more and more constricted it seems, rather than being
broadened, although we profess the ideal of a democratic socialist republic


assuring social, political and economic justice, together with several
individual liberties, to the people, at least on the paper of our Constitution.
Though the Industrial Disputes Act 1947, as amended from time to time, is
stated to be a social welfare legislation, made mainly to aid the working
classes, basically its aim and object are declared as achieving industrial
peace and creating a congenial climate to both the employers and workers.
Also its scope is circumscribed since it only applies to the workmen as
defined therein but not to all employees. It gives the workers several
employment rights no doubt, but it is not an employment rights law
proper. The remedial mechanisms created thereby are not amply efficient
or broad in scope; the labour courts are not even declared to be courts
proper, though high level judicial officers are sought to be placed as
presiding officers. The greatest drawback is that even the workmen cannot
directly approach the industrial tribunals/labour courts for many
grievances but at the same time their approach to civil courts is subtly
barred citing these very tribunals/labor courts as effective alternative
remedies! In contrast, we find the government employees, doubtless a
‘creamy layer’ among the employees, accorded Administrative Tribunals
to which they can directly take their grievances on sundry matters – even
such ones as stoppage of increments. It is really a strange type of socialism
and social welfare measures prevailing in India, like relatively fat-salaried
govt. employees being accorded concession bus passes at Rs. 200-300 per
month while general workers/self-employed poor with low wages of 2000-
5000 p.m. are constrained to buy bus passes at Rs. 400-500 p.m., to cite just
one example. On the eve of May Day we desire and suggest that people
demand and fight for a change in such a woeful state of affairs and achieve
a sound employment rights law with broad-in-scope, powerful labor courts
for effective and expeditious redress of their many grievances. §§§
Posted by I.M.Sharma at 11:17 PM