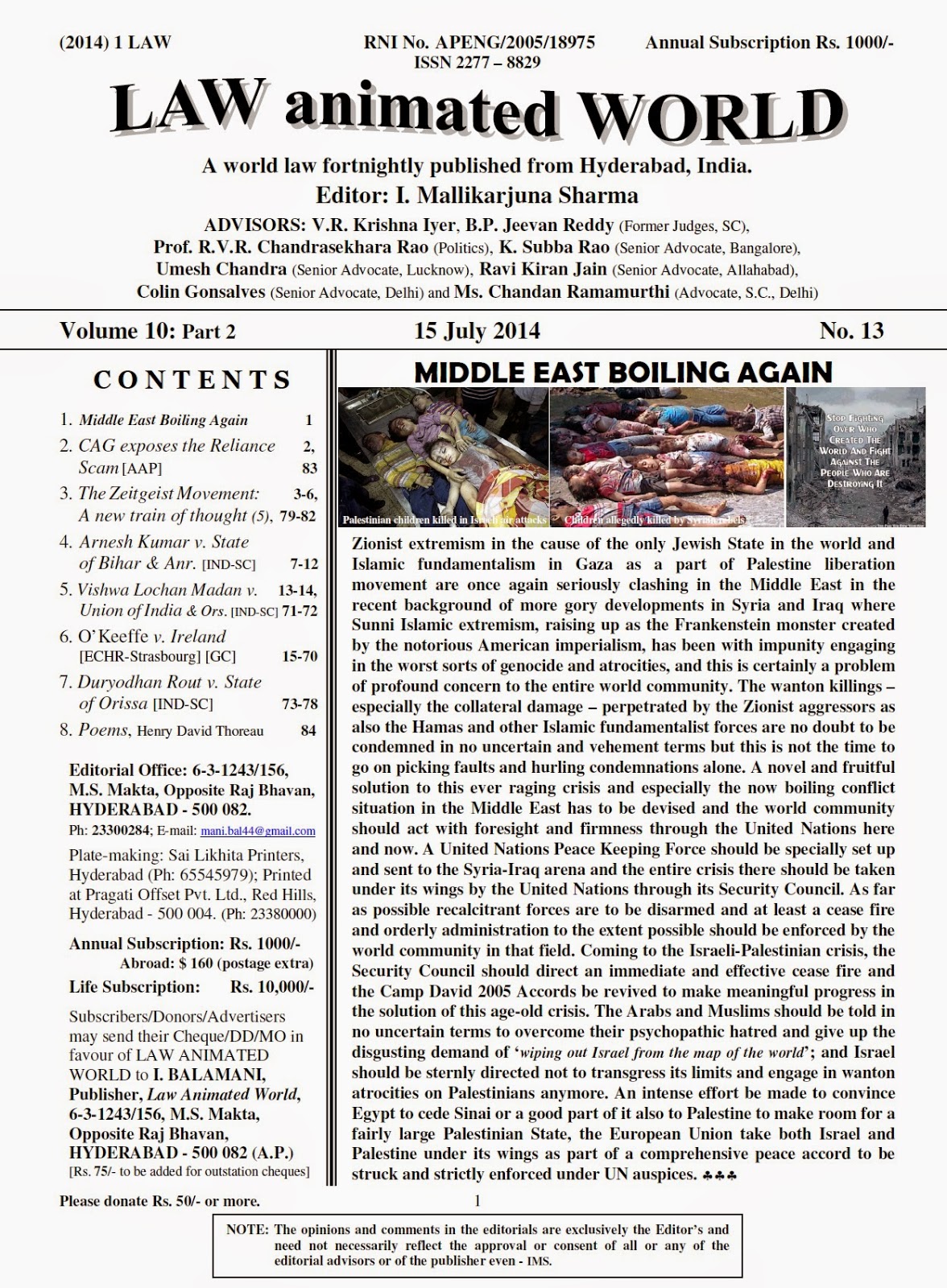 Zionist extremism in the cause of the only Jewish State in the world and Islamic fundamentalism in Gaza as a part of Palestine liberation movement are once again seriously clashing in the Middle East in the recent background of more gory developments in Syria and Iraq where Sunni Islamic extremism, raising up as the Frankenstein monster created by the notorious American imperialism, has been with impunity engaging in the worst sorts of genocide and atrocities, and this is certainly a problem of profound concern to the entire world community. The wanton killings – especially the collateral damage – perpetrated by the Zionist aggressors as also the Hamas and other Islamic fundamentalist forces are no doubt to be condemned in no uncertain and vehement terms but this is not the time to go on picking faults and hurling condemnations alone. A novel and fruitful solution to this ever raging crisis and especially the now boiling conflict situation in the has to be devised and the world community should act with foresight and firmness through the United Nations here and now. A United Nations Peace Keeping Force should be specially set up and sent to the Syria-Iraq arena and the entire crisis there should be taken under its wings by the United Nations through its Security Council. As far as possible recalcitrant forces are to be disarmed and at least a cease fire and orderly administration to the extent possible should be enforced by the world community in that field. Coming to the Israeli-Palestinian crisis, the Security Council should direct an immediate and effective cease fire and the Camp David 2005 Accords be revived to make meaningful progress in the solution of this age-old crisis. The Arabs and Muslims should be told in no uncertain terms to overcome their psychopathic hatred and give up the disgusting demand of ‘wiping out Israel from the map of the world’; and Israel should be sternly directed not to transgress its limits and engage in wanton atrocities on Palestinians anymore. An intense effort be made to convince Egypt to cede Sinai or a good part of it also to Palestine to make room for a fairly large Palestinian State, the European Union take both Israel and Palestine under its wings as part of a comprehensive peace accord to be struck and strictly enforced under UN auspices. §§§
Posted by I.M.Sharma at 8:46 PM